The incredible flavor of Maple Syrup

The flavors and colors of maple syrup

With a sweet and delicate taste, this maple syrup is made with the sap of the first harvest at the beginning of the season. This syrup has a light golden color. It goes very well with yogurt and ice cream.

With a rich and pure taste, this maple syrup has a very beautiful amber color. It is used in desserts, or at breakfast with pancakes or to make vinaigrettes.

With a robust taste, this maple syrup has a caramelized and pronounced flavor. It has a dark amber color. It is ideal for cooking, especially in sauces, pastry. It is easily assembled with the fruits

With a very pronounced and rich taste, this maple syrup is harvested at the end of the season. It has a very dark color. It colors and gives a wonderful fragrance in sauces 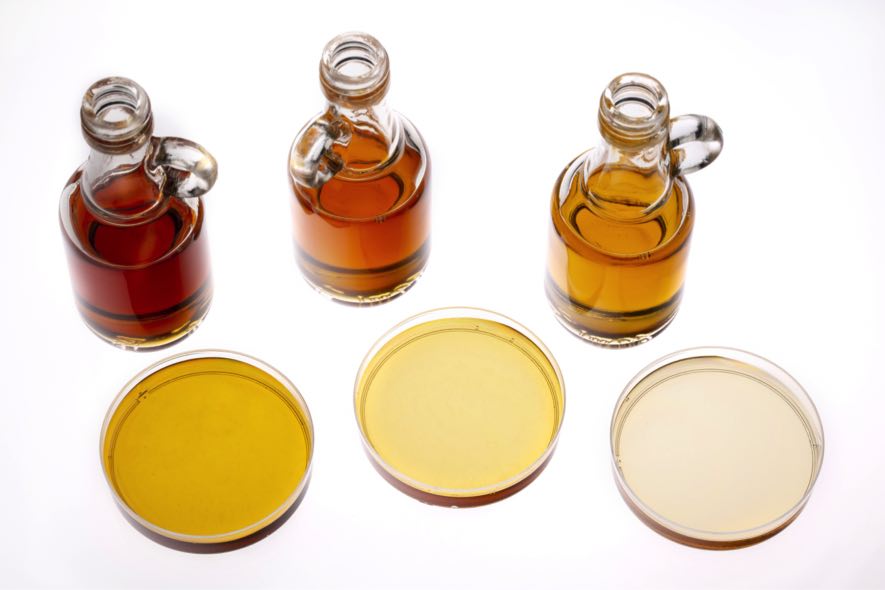 How to store maple syrup

In Canada, Quebecers buy Maple syrup in cans, either in store or directly from the producer. Most of the time when Canadians buy the Maple syrup at the producer, they build up reserves and take several dozen.

First of all, you should know that the packaging and production techniques of the Maple syrup play an essential role in its conservation. Maple syrup should be brought to a boil up to 66 degrees sharp. If the maple syrup has not boiled sufficiently, it will encounter fermentation problems. Conversely, if it has boiled too much, sugar crystals will form. The maple syrup is packaged hot, at a temperature of 85 ° C, this allows an efficient sterilization of the containers, as for preserves or jams. If all these recommendations are followed, the Maple syrup can be stored for several years.

Two essential rules must be observed: avoid letting the Maple syrup in the open air for an extended period. Once opened on Maple syrup should be refrigerated in an airtight container. It is imperative to remove the Maple syrup canned type containers.

The production of maple syrup

Maple syrup is enjoying growing success with great chefs around the world, who are increasingly using it. Whether it is sugar, butter, maple sap, syrup and the many products derived from maple. We offer you a small explanatory video on the processing, harvesting, use and conservation of maple syrup. You will have the answers to all your questions.

There are over 150 species ofmaple worldwide. On the other hand, only the red maples and sugar maples give sap that can be used to produce Maple syrup. It is the temperatures and seasons of Canada that allow the sap to flow abundantly and be collected in the forests ofmaple of Quebec.

The flow of maple sap

It is during the summer that maple trees produce sugar thanks to the phenomenon of photosynthesis. This sugar allows maples to carry out cellular respiration, to grow. It accumulates this sugar in its roots in the form of starch.

When spring arrives, the phenomenon of freezing and thawing causes the maple sap to flow as if by magic. During the night, the branches of the maple freeze and the gas present in the fibers of the tree contracts, the sap also freezes. The water that is absorbed by the roots of the tree goes up inside the sugar-filled maple.

During the day, the branches of the maple thaw. Maple water becomes liquid and the gas contained in the fibers of the tree expands again. The maple is then under pressure and it pushes the maple water back towards the trunk. This is when the maple sap flows and can be harvested.

In the past, maple sap was harvested from boilers hung on maple trees. The maple farmer poured the maple water into large buckets and carried them to the maple grove.

Today, the methods have evolved, themaple water is collected in tubes, fixed at the end of torches inserted in the notches. These tubes are then grouped together in collectors which convey the sap to the sugar shack by pumping or by gravity.

The transformation of maple sap into pure maple syrup

The sap arrives in stainless steel basins, then directed to an osmosis device, then the maple water is brought to a boil to extract the maple syrup. It takes an average of 40 liters of maple sap to obtain one liter of Maple syrup.