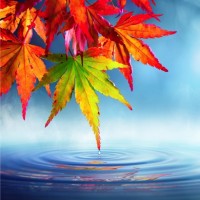 Maple is a typical Canadian plant with a mild taste similar to honey. Maple sap is collected each spring and then boiled to release its water. In addition to being delicious, it has many benefits for our health.

More hydrating than classic water, maple water is made with maple sap. The benefits of maple water have been recognized since the 20th century. Possessing more than 46 active nutrients, it is full of several virtues that allow it to replace energy drinks. It is a drink that is recommended for people concerned about their health. Diabetics can also benefit.

Maple water: Ideal for athletes and hydrationMaple organic maple water Maple 3 hydrates twice as fast as water, an ideal drink for the active and the health conscious. Maple water is delicious in taste and very low in calories.

Maple 3 naturally sweetened and flavored lime sparkling water 3Don't be fooled by the refreshing sweet taste or its resemblance to soft drinks. Maple 3 maple waters are an excellent source of hydration with 46 bioactive compounds and only 35 calories per serving! It's a smarter choice and a healthier way to hydrate. Tap into nature with a great...

Maple 3 naturally sweetened and flavored sparkling water Don't be fooled by the refreshing sweet taste or its resemblance to soft drinks. Maple 3 maple waters are an excellent source of hydration with 46 bioactive compounds and only 35 calories per serving! It's a smarter choice and a healthier way to hydrate. Tap into nature with a great alternative to...

Maple sap is collected by maple syrup producers in early spring during sugar time in Quebec. The notches in the sugar maple trees allow the maple sap to be recovered during the freeze-thaw phases.

A few decades ago, maple sap was only consumed during the sugar season. Indeed its conservation was very complicated since the bacteria deteriorated it very quickly.

After many years of research, the maple industry has developed a method for sterilizing maple sap.

Maple water is a fairly recent product (year 2000) and little known to consumers. It has many health benefits and is very popular with athletes for its high hydration capacity.

Unlike maple syrup, maple water can be consumed directly like regular water. Maple pure maple water is a drink 100 % organic and 100 % Canadian made from maple. It has a virtue twice as moisturizing. It allows rehydration of the body while stimulating the metabolism. Its sweet taste provides guaranteed refreshment. In addition, it is offered in brick, which is 100 % recyclable.

In addition to being environmentally friendly, this water cares more about you since it is:

Maple 3 Peach or Lime Sparkling Maple Water is a sparkling beverage similar to soft drinks. With a moisturizing virtue, it allows the body to rehydrate more easily. Sparkling maple water could be an alternative to soft drinks. Its composition allows it to be consumed without any concern:

In addition, it is embellished with natural ingredients such as lemon and peach.