How to use maple sugar?

Maple syrup is a traditional and popular food in North America. We owe its origin to the Native Americans who already used it as a source of sugar, long before the arrival of the settlers. A legend attributes the discovery of the syrup to the dogs who would have licked a branch of maple, thus giving the idea to their master to taste it in turn. When the first settlers arrived in North America, the Amerindians taught them the art of pruning the trunks to collect the sap. The syrup is obtained by boiling this liquid, which will then be concentrated and then filtered in order to produce this delicious nectar. Maple syrup is very popular, but do you also know its variant which comes in the form of sugar? 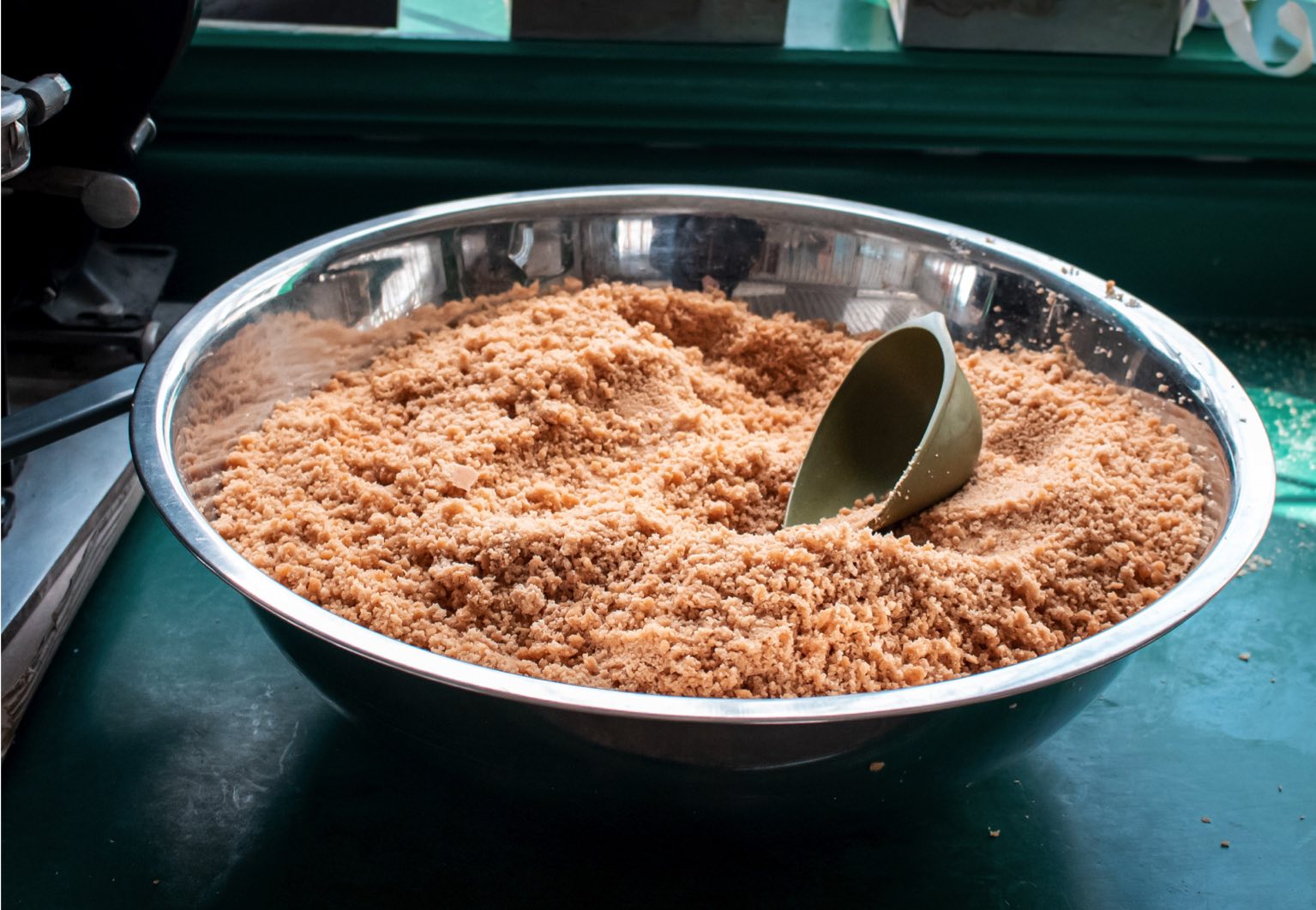 How is maple sugar made?

the maple sugar is obtained when the syrup is heated in molds to evaporate all the water. This process takes about 45 minutes and gives the maple sugar a rich, sweet flavor. It is then left to cool until it solidifies and produces brown colored crystals. This coloring is due to the amount of nutrients that have been caramelized during the process. These crystals will then be ground into powdery granules to finally give the famous “maple sugar”.

Maple sugar is produced from the sap of maple trees, while regular table sugar comes from cane or beets.

Maple sugar is presented as a natural, healthy and tasty alternative to the sweeteners usually found on the market. It contains the same amount of calories as regular sugar, but it has a lower glycemic index, which means it won't significantly raise your blood sugar compared to regular sugar. It also has a distinctive flavor that is richer and more complex than cane sugar, and is reminiscent of caramel.

The nutritional values of maple sugar

Maple sugar contains essential for the health of your body. Used as a natural sweetener for centuries, it contains more minerals than traditional table sugar - which is often refined. This means that it contains more nutrients than the latter and is therefore less harmful to health.

Some of the minerals in it include manganese and zinc, which are important for metabolism and immune function, respectively.

It also contains calcium, iron or potassium, essential elements for health. Note that these are often absent or in small quantities in other sweetening agents, such as cane sugar or brown sugar.

It is beneficial for health because it contains antioxidants which are good for fighting diseases and cancers in your body, and polyphenols which help fight inflammation. It is believed to have other health and wellness benefits. It would help digestion or prevent Alzheimer's disease. 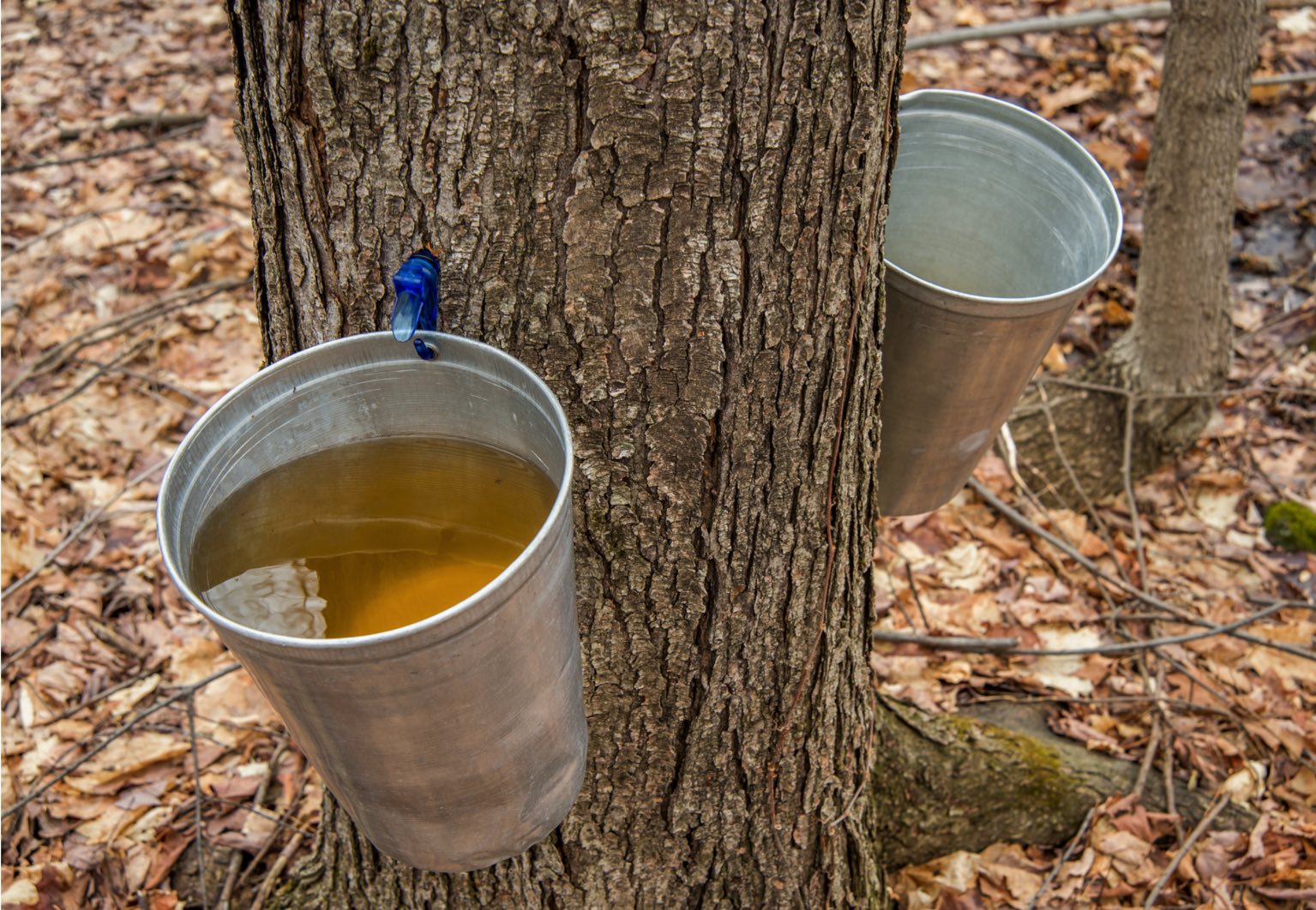 The uses of maple sugar

Maple sugar can be used in different ways. It is an excellent alternative to traditional sugar while providing many more benefits. Used as a natural sugar, it will make your food tastier. In comparison, it will also be healthier for you than if you sweeten it with regular commercial sugar. Maple sugar has a more complex flavor than white sugar, which makes it perfect for use in baking. It can be used to sweeten drinks, but it is also a common ingredient in many cake and dessert recipes.

the Maple syrup and the maple sugar are often used in combination to make a delicious topping for French toast, doughnuts or ice cream. It can be sprinkled on pancakes or waffles just like white sugar. It is even used in cooking, where it serves as an ingredient to enhance the flavor of certain sauces. It is also associated with meat dishes, replacing brown sugar or granulated white sugar. It can be incorporated into both sweet and savory dishes, mixed into sauces or melted into a glaze for meat or pancakes. It has a distinctive taste that will enhance many of your dishes. But in general, the most common way to use it is to sprinkle it on pancakes or waffles, to spread it on bread or muffins. You can also add maple sugar to your oatmeal, mix it with your yogurts or to top an ice cream.

The different types of maple sugar

There are many varieties of maple sugar available on the market. In the grocery section of our site, we invite you to discover, or rediscover, this unique, typically Canadian flavor. You can enjoy it in the form of pure nuggets in a 375 gr sachet without coloring or preservatives, or in the form of fine granules. These are from the brand "the little sugar shack of Quebec". It can also be found in flake form, and certified organic under the Prestige brand. 100% natural, healthy and locally made, it has something to please all types of consumers.

It is an ingredient to keep on hand in a kitchen to add a little fantasy to your various preparations, replacing traditional sugar and honey. Don't forget that it adapts to both sweet and savory preparations. It remains an ingredient of choice to give flavor to sauces and meats. It is very popular for its characteristic flavor halfway between caramel and nuts, and also for its low calorie content.

With maple sugar, let yourself be seduced by the ideas for gourmet recipes and preparations that smell good in winter and the holiday season. Maple sugar can be stored in several ways, including airtight containers, jars with lids, or metal cans.

Posted in: Recipe from Canada