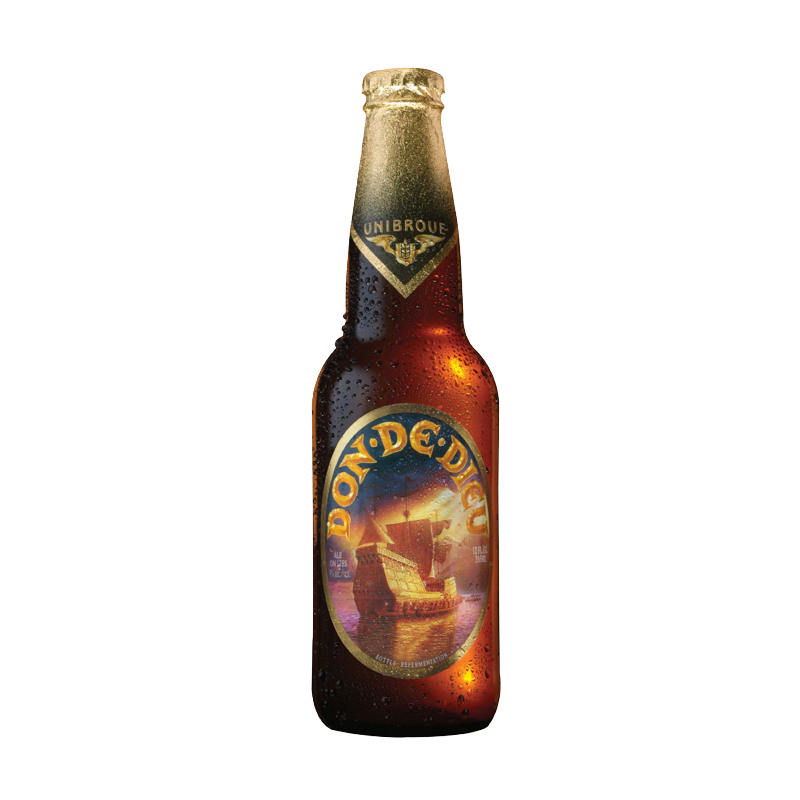 Don de Dieu beer from the Unibroue brewery in Quebec

A White beer Quebecois without bitterness, very fresh despite its high alcohol content (9 %vol). From the famous brewery Unibroue. A beer very airy and sparkling, very easy to taste. It goes very well with cheeses ... but not only!

The sale of alcohol is prohibited to minors, you certify that you have the required legal age and the legal capacity to be able to buy on this website.

The history of Quebec beer Don De Dieu by Unibroue

The ship The Gift of God aboard which Mr. Champlain Samuel, under the authority of the King of France, had for mission "to complete the discovery of this great land reapers of America". Its exploration led to the founding of Quebec in 1608.

Inspired by this adventure, the brewery Unibroue made God give a beer of very strong wheat and re-fermented in the bottle very close to the triple style, in the large family of abbey beers. Very soft and round, it reveals flavors of hops and very barely noticeable fruit.

This beer has been brewed since 1998, it is the first strong white beer to be brewed in Canada. When it was released, it was supposed to be seasonal, but quickly became regular following its success with consumers.

The Don de Dieu beer from Quebec promises you an explosion of flavors with its aroma of vanilla and fruit cake, beeswax, flowers and honey, a sweet taste, with a note of banana, hops and spices.

The story of Unibroue , a true Quebec beer

From the start of its history, the brewery Unibroue has stood out for the quality of its beers and its image inspired by Quebec's cultural identity. It leaves its mark in history by becoming the 1st brewery in America to use the brewing techniques of Belgian and European brewing traditions established over the past two centuries by the Trappist monks. Over time, the small company rose through the ranks to enter the circle of the most famous breweries in the world. She knew how to remain faithful to her origins. Discover a course strewn with fabulous stories and legends. 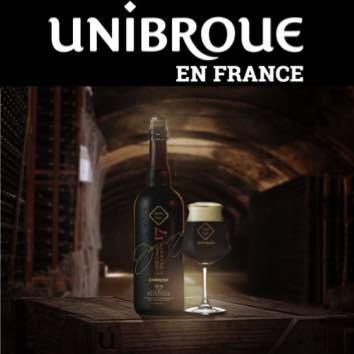 Reviews about this product

4 other products in the same category:

Raftman beer from the Unibroue brewery in Quebec

Quebec beer RaftmanA Quebec beer which includes a smoked malt. Raftman beer is a beer with aromas of smoke, apples, caramel and whiskey malt. Only 5.5 % alcohol. This beer has received many international awards with more than 7 medals.The sale of alcohol is prohibited to minors, you certify that you have the required legal age and the legal capacity to be...

Blonde de Chambly beer from the Unibroue brewery in Quebec

Quebec beer Blonde de ChamblyA seasonal beer Belgian type. The blonde from Chambly is a beer with a spicy character from the Belgian and hoppy versions of the Czech pilsners. With a refreshing and thirst-quenching aspect with an effervescence close to champagne. Only 5 % alcohol. This beer has received numerous international awards with more than 15...

Quebec beer THE END OF THE WORLDPack of 6 beers of 341 mlA Quebec blond beer with triple fermentation, inspired by Belgian abbeys. Beer at the End of the World is Canada's most awarded to date, with over 54 international awards. From the famous brewery Unibroue. A beer luxurious with unexpected finesse.The sale of alcohol is prohibited to minors, you...

Pack of 6 beers to everyone from the Unibroue

Quebec beer to everyonePack of 6 beers of 341 mlA Quebec seasonal beer style that features cold hopping. Beer To Everyone is the beer ofUnibou which has the lowest alcohol content. The sale of alcohol is prohibited to minors, you certify that you have the required legal age and the legal capacity to be able to buy on this website.